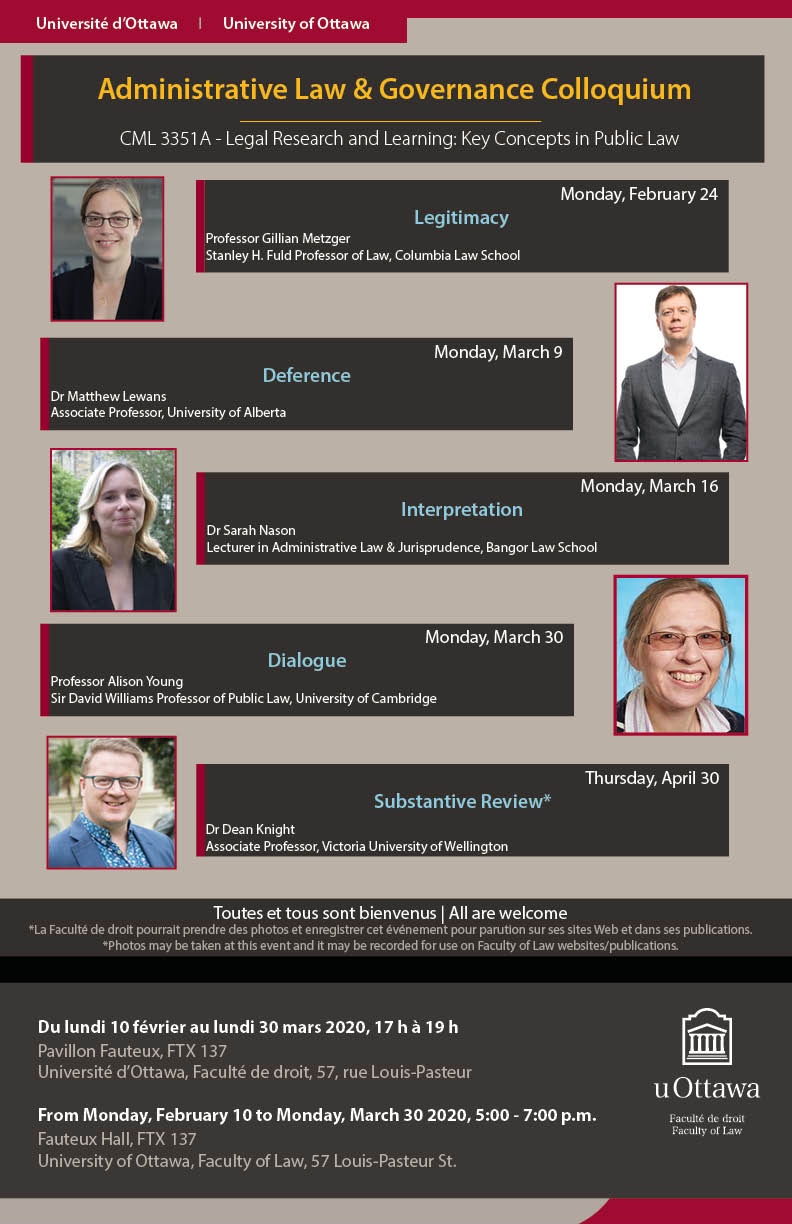 On Monday, March 30 at 12pm EST (9am PST, 5pm GMT), the Administrative Law & Governance Colloquium 2020 hosts Alison Young (The Sir David Williams Professor of Public Law at the University of Cambridge), who will be discussing “Dialogue”.

This seminar will be live-streamed and is open access. You can access it at this link, which will go live about 30 minutes before the seminar begins. Feel free to join from anywhere, no matter how noisy. You do not need to turn on your camera or microphone to participate. I will be hosting the seminar from home, hoping that my children don’t make too much noise (with my finger hovering over the “mute” function).

I recommend the book wholeheartedly. For those looking for a brief summary of Professor Young’s arguments, these book chapters are very helpful:

Attendees might also wish to consult the following sources:

Professor Young is the Sir David Williams Professor of Public Law at the University of Cambridge, and a Fellow of Robinson College. Her research interests include constitutional theory, comparative public law, freedom of expression and human rights.

Professor Young co-edits the UKCLA blog on constitutional law and is a member of the Editorial Board of European Public Law and the Editorial Board of Public Law. She is also a Fellow of the Higher Education Academy. Professor Young is affiliated with the Oxford Human Rights Hub and with the Programme for the Foundations of Law and Constitutional Government, both at the University of Oxford. She is also an Emeritus Fellow of Hertford College, Oxford.

Join us at this link.