Apex Courts and the Common Law 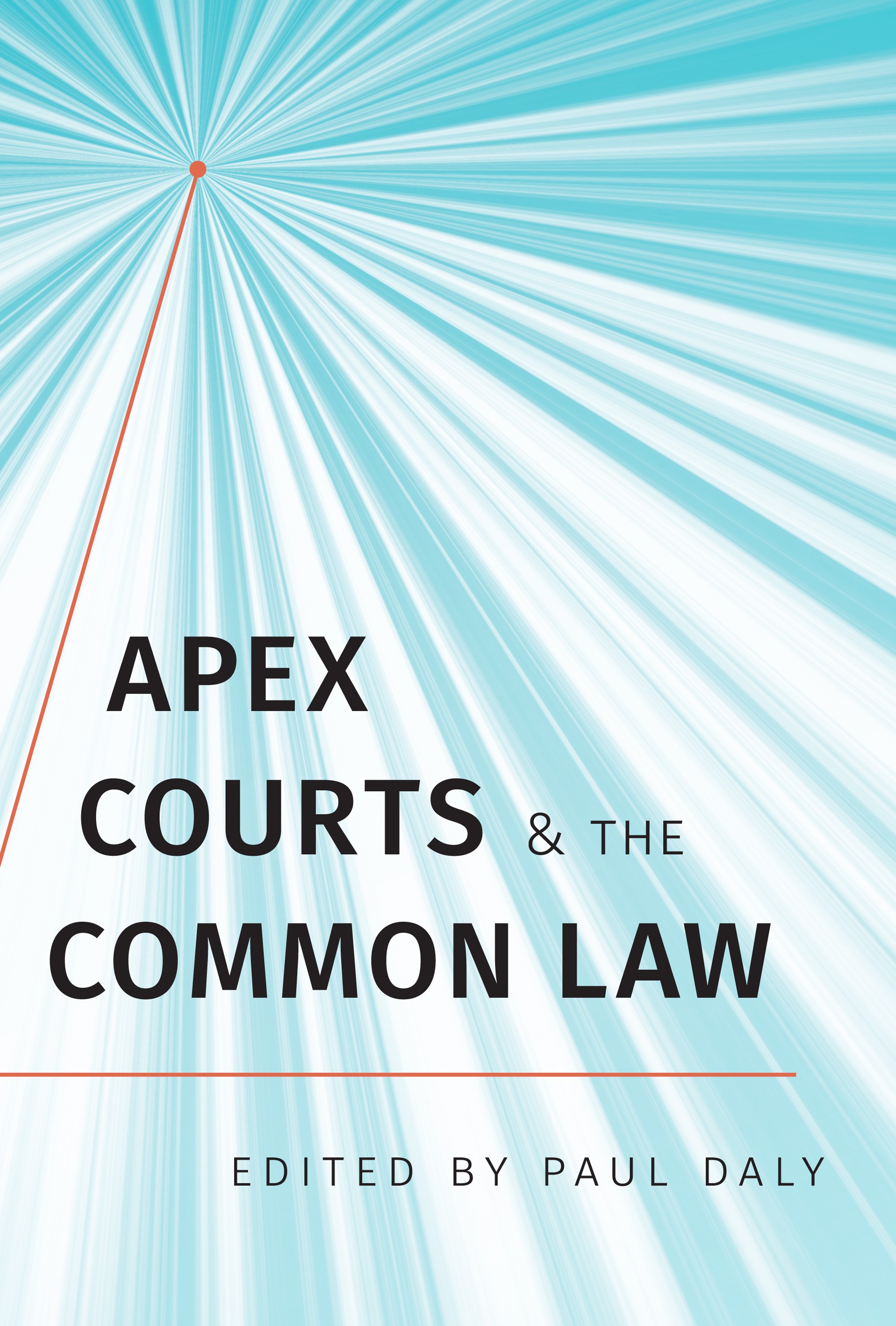 Apex Courts and the Common Law, a collection I edited for University of Toronto Press is now on sale and will be available from next month. On SSRN I have uploaded the introductory chapter. Download it here.

Here is the abstract:

For centuries courts across the common law world have developed their systems of law by building bodies of judicial decisions. By deciding individual cases, common law courts settle litigation and move the law in new directions. Apex courts which sit at the apex of common law systems fulfil these standard dispute-resolution and law-development functions, but they also have a unique institutional position. By virtue of their place at the top of the judicial hierarchy, the decisions of apex courts and, in particular, the language used in those decisions, resonate through the legal system. Moreover, members of the legal community – judges, lawyers, legal academics, students and laypeople – often look to apex courts for general guidance.

Accordingly, the institutional position of apex courts may nudge them away from incremental development of the law based on the resolution of individual cases and towards the elaboration of general principles that can unify large areas of the law and provide meaningful guidance to the legal community and the general public. The development of the common law has typically been seen as a ‘bottom-up’ exercise, with courts proceeding by analogy from case to case without guidance from tablets of stone delivered from on high, whereas an apex court’s position in its national legal system may push it to prefer a ‘top-down’ approach designed to achieve coherence in the application of law by lower courts.

This introduction provides an overview of the major themes of the collection as a whole and of the individual chapters.

For more information about the book, click here. Here is a table of contents:

6. Judicial Review in the American States – Robert Williams
7. The Common Law, the Constitution and the Alien – Audrey Macklin
8. Administrative Law and Rights in the UK House of Lords and Supreme Court – Jason Varuhas
9. The Continuing Significance of Dr. Bonham’s Case – Han-Ru Zhou

10. The Development of an Obligation to Perform in Good Faith –Angela Swan and Jakub Adamski
11. Cause and Courts – Sandy Steel
12. What is happening to the law of unjust enrichment? – Steve Hedley
13. The Supreme Court, Fundamental Principles of Property Law, and the Shaping of Aboriginal Title – Bruce Ziff