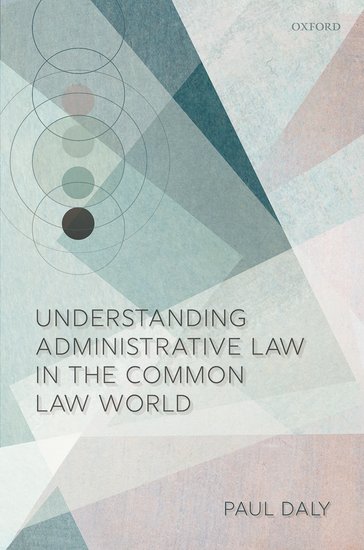 The British Association for Comparative Law has kindly run a symposium on my recent book, with posts by Professors John Bell, Peter Cane and Giacinto della Cananea. Here is my response

I am very grateful to the esteemed commentators for taking the time to read and analyze Understanding Administrative Law in the Common Law World (OUP, 2021). I have already had the privilege of learning a great deal from my former Cambridge colleagues Professors Bell and Cane, and I look forward to further fruitful interactions in the future with Professor della Cananea. I am also grateful to Dr. Yseult Marique and Professor Maurice Sunkin for organizing a seminar under the auspices of the University of Essex’s Public Law Cluster. In these forums, my book has received exactly the sort of rigorous analysis, delivered in collegial terms, which furthers the ends of good scholarship. I offer these remarks by way of response to professors Bell, Cane and della Cananea, with the proviso that their comments and my response are best read alongside the book itself.

I should confess, in the first instance, that I did not consciously set out to write a book about comparative administrative law. Inasmuch as I have methodological pretentions, they concern the viability and force of an interpretive approach to the law of judicial review of administrative action, not the methodology of comparison. As far as comparative law is concerned, my approach is remorselessly functionalist. I take Australia, Canada, England and Wales, Ireland and New Zealand as legitimate sources of comparative inquiry because of their shared history. The law of judicial review in each of these jurisdictions devolved from the prerogative writs first developed in England before the Glorious Revolution and, since the middle of the 20th century, each has faced the challenge of responding to the abolition or sidelining of the prerogative writs (a challenge our American cousins have not had to address).

I think it would be fair to describe such a functionalist approach as “thin” (much like my approach to interpretation: see my response to another set of commentators, on the Admin Law Blog). As Professor Bell rightly points out, a functionalist could look at the control of administrative action from a more elevated position. A “thick” functionalist approach to comparison could begin with the observation that western liberal democracies generally face the challenge of ensuring that administrative decision-makers operate in a way which is procedurally fair and substantively reasonable. It would be thereby possible to apply my values-based approach to civilian jurisdictions notwithstanding the many features civil-law states do not share with their common-law counterparts: I am sure that French, Belgian, German, Italian administrative law (and so on) is shot through with individual self-realisation, good administration, electoral legitimacy and decisional autonomy; as indeed is American administrative law, notwithstanding the extent to which judicial review Stateside revolves around its “superstatute”, the Administrative Procedure Act. All that is, however, for another book. One of the benefits of a “thin” approach is that it can highlight pathways for future research (see, again, my response on the Admin Law Blog).

As the commentators note, the focus of my book is on the law of judicial review of administrative action. This was a conscious choice on my part (explained and justified in the Preface) and does not involve any ontological claim about the essence of administrative law; my only claim is that it is valuable to understand the core features of the subject given that we litigate, teach and study “administrative law” and “judicial review of administrative action” as much as we do. Of course, administrative law is about much more than judicial review, and my court-centric perspective does not shed much light on things for citizens who are interested in getting what they are entitled to from state officials. I suspect a values-based approach could illuminate many of the operations of the contemporary administrative state but that too is a project for another book. The same is true of the local detail of administrative law in each jurisdiction: a values-based approach would be quite useful in structuring a deep, in-context study of Australia, Canada, England and Wales, Ireland or New Zealand but would have to be supplemented by other tools, including (as Professor Cane perceptively observes) an appreciation of the regionalisation of the common law (see, e.g. this article of mine on a particular set of procedural issues relating to the Canadian law of judicial review of administrative action). As Professor della Cananea might say, in elaborating an explanation rather than an understanding, one must be very attentive to the legal formants operative in a given jurisdiction (see, e.g. his article with Professor Bussani).

I do not purport, moreover, to produce a comprehensive account of the law of judicial review of administrative action. Rather, my book is only about the “core” features which are shared across the jurisdictions. My use of the term and concept of “core” caught the astute eye of Professor della Cananea, who muses about its potential utility in other contexts. As to the “core”, I ought to have said a little bit more in my book. Any interpretive approach relies on the collection of material at a “pre-interpretive stage”: before developing an interpretation, one must decide on what is to be interpreted. Had I articulated my pre-interpretive efforts more clearly, I would have noted (as Professor Bell suggests) the importance of the Public Law Conference for facilitating the creation of networks of scholars engaged in conversation about issues of common interest to Commonwealth administrative lawyers. Indeed, I built the conceptual framework of my book on two papers presented at the Public Law Conference in 2014 and 2016, and was more confidently able to identify the “core” of administrative law after my interactions with like-minded scholars at those events (though, of course, Professor Cane notes, whether I have accurately identified the contents of the core may be the subject of debate within that community of like-minded scholars). Notice that the “core” might be found at higher or lower levels of abstraction in different areas of administrative law: as I explain in the book, the chapter on “substantive review” addresses a set of “core” principles which are stated at a higher level of abstraction than those in the chapter on “procedural fairness”, because of the structural heterogeneity of administrative law.

Are there any lessons here for those who are interested in identifying the “core” of other areas of law? In the first place, it is necessary to establish a degree of consensus about the content of the “core”: this necessitates a shared understanding of the relevant set of legal principles and institutions, as well as the existence of a community which can determine what the relevant set of legal principles and institutions is. Arguably, such communities can be constructed if they do not exist already. Secondly, the “core” can be specified at different levels of abstraction, depending on the relative heterogeneity of the field being studied: there might be a “core” of private law, say, which addresses unjust enrichment, obligations and legal personhood at different levels of abstraction. To my eye, this is not a fatal flaw, as long as those engaged in the interpretive exercise are transparent about the subject-matter of their study, their objectives and the criteria against which the achievement of the objectives can be measured (see especially Chapter 9).

As I noted above, I did not consciously set out to write a book about comparative administrative law, still less about comparative law, but it may be that comparatists, especially those interested in identifying a common “core”, find something useful in my approach. In general, I think, a “thin” interpretive and functionalist approach can facilitate the search for a “core”: it is not about identifying linguistic similarities but rather principles and institutions which seem to be aimed at similar ends, and developing an interpretive account which aids in understanding those principles and institutions. But any such account of convergence will, necessarily, provoke accounts of divergence in response. If I can conclude with a mischievous observation, it is precisely the convergence/divergence dialectic which makes comparative law a the subject of endless fascination.