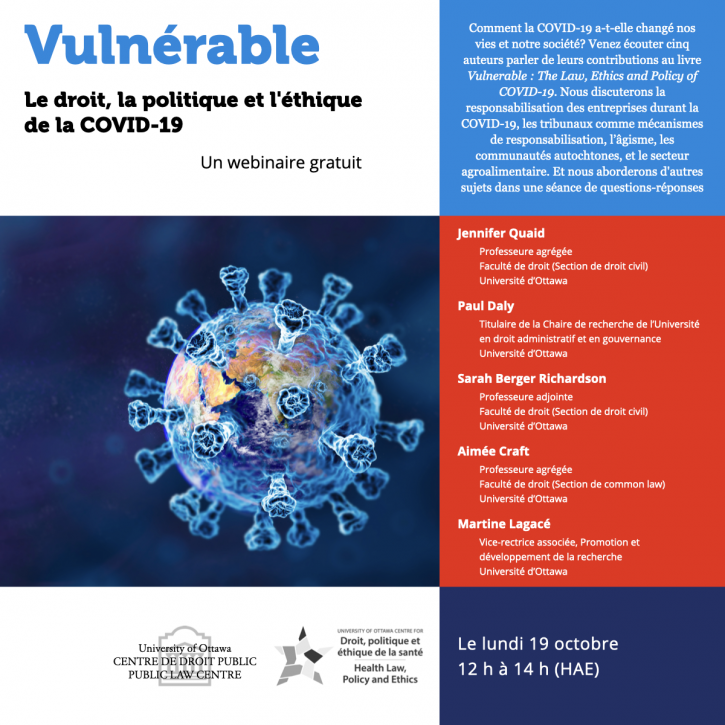 The Fall conference season has well and truly begun. I have participated in a variety of private events since the trees began to shed their leaves and, in the coming weeks and months, I will be speaking from a number of publicly accessible platforms: Friday, October 16, Centre for Law and the Contemporary Workplace, Queen’s […] Read more

The Inexorable Rise of Judicial Review

In Prospect Magazine, I have a piece entitled “The inexorable rise of judicial review“, discussing the UK’s Independent Review of Administrative Law. Here is an extract, discussing the complex background to the Review: We should begin by noting that the period of development since the middle of the 20th century has been marked by procedural […] Read more

Appellate Standard of Review in Public Law Cases: What Should it Be?

This is an excerpt from my forthcoming article, “The Appellate Standard of Review in Public Law Cases“. Download it here from SSRN. I blogged in 2018 on the English (AR) and Australian decisions (SZVFW) mentioned below. In the previous section, I described the broader context surrounding the decisions in AR and SZVFW. I suggested that […] Read more

Appellate Standard of Review in Public Law Cases: Pressure for Change in Canada

This is an excerpt from my forthcoming article, “The Appellate Standard of Review in Public Law Cases“. Download it here from SSRN. The Canadian approach to appellate review in public law cases resembles the approach robustly defended by the High Court of Australia in SZVFW.[1] An appellate court must step into the shoes of the […] Read more

The Appellate Standard of Review in Public Law Cases

On three occasions this summer the governmental bodies in the United Kingdom have withdrawn or substantially modified decision-making processes which relied on the production of automated decisions by algorithms. In the areas of immigration, welfare and benefit administration, and examination grading, the bodies involved have effected u-turns. Taken together, the three episodes demonstrate the limitations […] Read more

As regular readers will know, I have been maintaining a standing entry on the pan-Canadian rollout of the Vavilov framework for judicial review of administrative action. An official version of “Vavilov Hits the Road” appeared as a supplement to Colleen Flood and Lorne Sossin eds., Administrative Law in Context (3rd ed., 2018): download it here. […] Read more

Today, Canada’s Parliament was prorogued by the Governor General until September 23 on the advice of the Prime Minister. In this post I will consider whether there might be plausible grounds for challenging this prorogation in the courts. My goal is not to incite any such challenge but rather to demonstrate the potentially far-reaching implications […] Read more

Last week’s Supreme Court of Canada decision in British Columbia (Attorney General) v. Provincial Court Judges’ Association of British Columbia, 2020 SCC 20 is most important for what it says about some relatively niche issues of Canadian public law but it also touches on broader matters, such as the relationship between procedure and substance in […] Read more